Rye's African-American Cemetery was established in 1860 when the Halstead family donated it to the Town of Rye to be used as a burial ground for African Americans. Although it was officially made a cemetery in 1860 it had most likely been used as a burial ground for African Americans long before that. There are an estimated 300 people buried at the cemetery, although many of them do not have headstones or formal markers. This cemetery was open until 1964 when the segregation of cemeteries ended and the cemetery was closed for new burials.

Underhill and Elizabeth Halstead donated the cemetery under the condition that it, “Shall forever hereafter be kept, held and used for the purpose of a cemetery or Burial place for the colored inhabitants of the said Town Of Rye, and its vicinity, free and clear of any charge therefor…”

There are 22 veterans of the Civil War, Spanish American War, World War I and World War II. One of the men buried there is named Samuel Bell who was a soldier in the 54th Massachusetts Volunteer Infantry, one of the first black military units of the Union Army during the Civil War — the one chronicled in the 1989 Denzel Washington movie, "Glory." Another interesting person buried there is Robert Purdy, who escaped slavery and fled to Mamaroneck to start the Barry Avenue AME Zion Church, on North Barry Street on the border of Mamaroneck and Rye Neck. Other notable figures are a navy sailor who was in Washington on the day of Abraham Lincoln's assassination and a man who ran an Inn and restaurant on Milton Road in Rye.

Following its closing in 1964 the cemetery fell into a state of disrepair and was largely forgotten. Luckily, various community projects were were enacted in order to give new life to the cemetery. In 2003 the cemetery was listed on the National Register of Historic Places. Every year on Veterans Day and Memorial Day there are events at the cemetery to honor those who are buried there.

Historian Dave Thomas will be one of two recipients of the prestigious Sy Schulman History Award on June 12th. The award is given to individuals who have “elevated the public’s appreciation of the rich history of Westchester County.” Dave's tireless work preserving the stones and narratives of those interred at Rye's historic African American Cemetery will be recognized by the Westchester County Historical Society. It has been our honor to work with Dave for well over a decade and we applaud him on this well deserved honor! 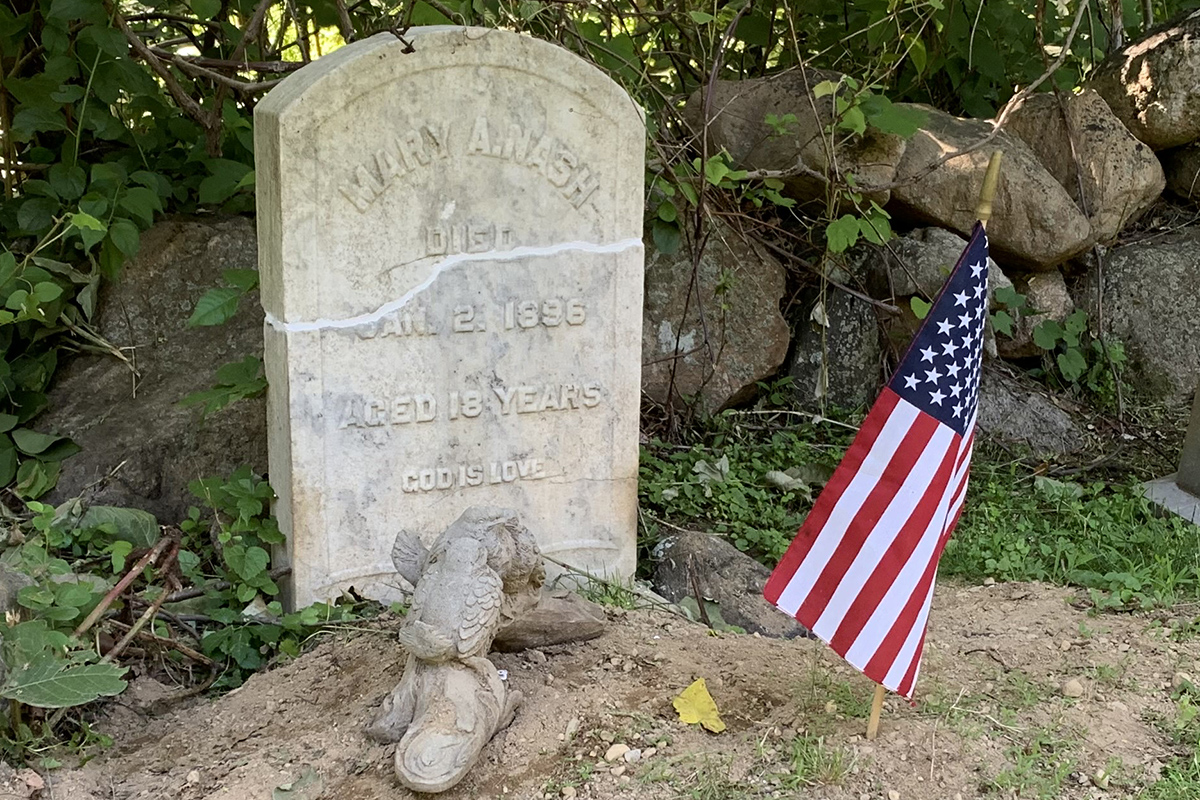