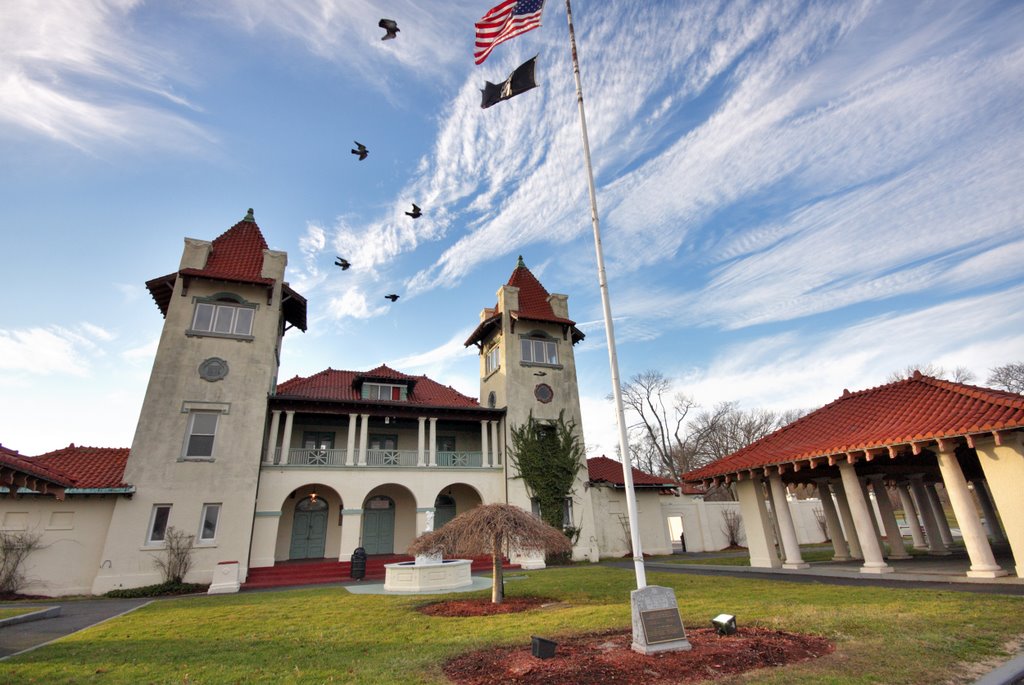 Multiple Grants help to fulfill one of the Town’s most important priorities.

(Town of Rye, NY, USA) – January 30, 2019 – Rye Town Park is a wonderful, popular destination. Now, thanks to several successful grant applications to help make its facilities fully accessible, they will soon be enjoyed equally by everyone. One of the area’s most beautiful natural assets,the park offers fantastic family fun and recreation, special community events and festivities.

The good news arrived in waves starting in Fall of 2018 and continued through January 2019. First, in October, the Park received the green light from the New York State Dormitory Authority to proceed with a $250,000 State and Municipal Facilities Program(SAM) grant from the New York Assembly to help fund the replacement of the bathhouse roof.

Then in December, a$300,000 grant from the State Office of Parks and Recreation was awarded through a statewide initiative, called the Consolidated Funding Application (CFA). These funds were awarded to upgrade the park and beach facilities to make them compliant with the Americans with Disabilities Act(ADA). Enhancements will include the ramps to the beach, and the interior of the bathhouse and restrooms.

An additional $3,500 was awarded to the Park in January by the Westchester Elks Lodge #535 to help underwrite the installation of ADA compliant bathrooms in the bathhouse. Just days later, the Park Commission learned that it is being recommended for$130,000 of Community Development Block Grant (CDBG) awards through the Westchester County Urban County Consortium.

A 2011 study found that many of the historic buildings at Rye Town Park lacked ADA compliance. Some of the conditions, in fact, were the subject of a 2015 lawsuit. Since the launch of his administration, Town Supervisor Gary Zuckerman, who also serves as President of the Rye Town Park Commission, has made ADA compliance a top priority.

“I am proud to stand with the Rye Town Council and my colleagues on the Rye Town Park Commission on passing a resolution to recommit to the full implementation of the ADA. Our communities are stronger because of our diversity and differences.” Gary Zuckerman stated in 2017 as he encouraged other Westchester County leaders to follow suit.

The challenge for the Town and Park was meeting all these compliance goals in a fiscally responsible fashion. The solution was to secure as much grant funding as possible, s so several grant applications were submitted. Now the Park Commission’s hard work is coming to fruition. These grants are great news for the Town and the Park,but they also signify the beginning of a complicated process needed to complete these renovations.

While the Gratitude Grant from the Elks Lodge has no financial matching obligations, the other three do. The SAM grant, obtained with the help of Assemblyman Steve Otis,requires a $100,000 match for the bathhouse roof replacement project. RFPs have already been posted for the project.Both the CFA and CDBG grants will require a match of equal funding from the Commission. Plans and RFPs are currently being created for those projects.

Meanwhile, Zuckerman has already put this accessibility policy commitment into practice with the renovation of the Mansion at Crawford Park, soon to be known as the Crawford Park Community Center. That multi-year project, expected to be completed summer 2019, will add a handicap accessible elevator, emergency evacuation chair to assist the disabled, and an ADA-compliant walkway, bathrooms, and playground outdoors.

Receiving these significant funds means that the Town of Rye will head into 2019 with positive,progressive momentum. These projects give everyone great reasons to cheer as they start the New Year.

About the Town of Rye:

Located in the hills of Southeastern Westchester, The Town of Rye is comprised of the Villages of Port Chester and Rye Brook, as well as that portion of the Village of Mamaroneck known as Rye Neck. It contains three school districts, and part of a fourth, and operates two parks, Crawford Park and Rye Town Park. The latter it operates i partnership with its neighbor the City of Rye. The Town is responsible for the assessment of 11,200 parcels and the collection of taxes totaling $200 million dollars annually.